In the name of Allah

history of the company

Bandar Food Industries Production Cooperative Company was registered on 08/10/2002 in Astaneh Ashrafieh city of Gilan province and after receiving the license to establish canned fish production in the above year, it started to build a factory on a land area of 3700 square meters, which unfortunately due to lack Land is the only foundation to be implemented and after a few years of suspension, by taking the adjacent land and increasing it to 6000 square meters and modifying the establishment license to produce canned fish and meat and non-meat canned food after complete construction and installation of relevant machinery and simultaneous completion of the system Wastewater treatment has been fully licensed on 21/09/2010 and practically started production and pilot operation in October of the same year with the cooperation of 18 personnel. After receiving manufacturing licenses and standard production of canned tuna products in South Tuna , Canned Fried Vegetables, Canned Vegetables, Canned Stew with Potatoes, Canned Pinto Beans in Tomato Sauce and Canned Beans with Mushrooms, officially launched and marketed during the past years It has succeeded in increasing its production and position In the domestic market, taking into account the economic situation and continuously produce and market the types of products mentioned. 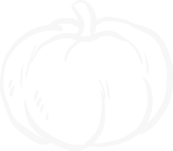